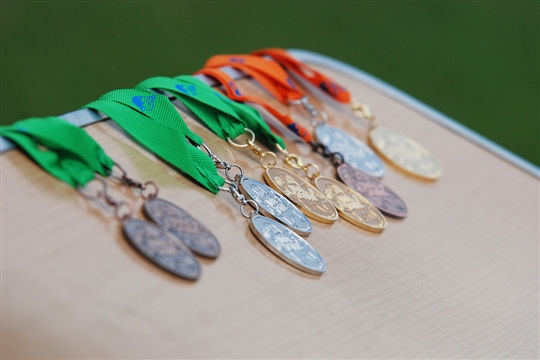 The Norwich Parks Summer Tournament is one of the oldest tournaments in Norfolk and still continues to be successful with players from all over the country coming to compete.

The start date of the tournament is unknown but as well as hosting many of the top Norfolk players, current and past, as a 16 year old Bjorn Borg played in the event as a warm up for Wimbledon!

Although some of the trophies have been lost over the year, some of our trophies have all the winners going back to the 1950’s...some real history!

The tournament is open to all levels of player, giving a great opportunity to play against different people in the beautiful surrounding of Eaton Park in Norwich.

The singles and doubles events are mainly run as a knockout tournament, with first round losers playing an additional match. The only exception to this is in the mini tennis events which are often played as round robins.

The age groups are as follows:

The tournament is an LTA grade 4 sanctioned event and all results will count towards ratings and ranking.

The tournament can be entered via the LTA website and a British Tennis Membership number is required (this can be done for free at www.lta.org.uk)

Entries open 3 months before the event